7-year-old Bruce Lee fan is way fitter than you 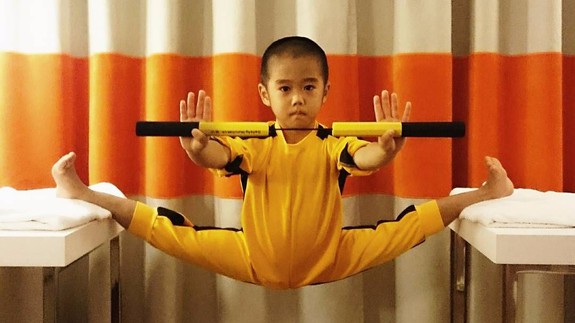 You wouldn’t want to mess with this seven-year-old.

Ryusei “Ryuji” Imai — a 7-year-old Bruce Lee fan — has gained a sizable following on Facebook and Instagram with his slick training videos and martial arts moves.

Imai has been watching Bruce Lee movies since he was one, reported SoraNews24, and he started to practice his moves when he was four.

That was three years ago. Look how ripped he is now: Read more…