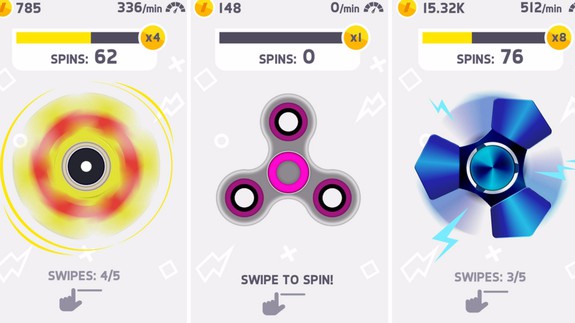 Still, ridiculous as they are, the apps are — inexplicably — nearly as popular as the toys themselves. Seriously.

Of all the “fidget spinner” apps — and there are hundreds — the most popular by far is this app from Ketchapp simply called “Fidget Spinner.” The app, which hit the Ap Store May 16, has already racked up more than 7 million downloads across Apple’s App Store and Google Play, according to statistics from app analytics firm Sensor Tower.  Read more…