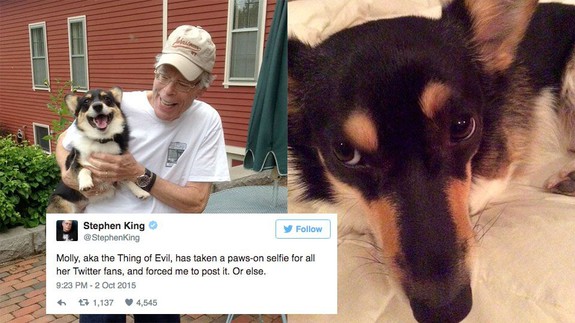 If you’ve ever read a Stephen King book you may think you know fear, but the truth is you won’t have been confronted with real evil unless you’ve laid eyes on Molly.

That’s Stephen King’s dog: a corgi who goes by the alternative name “the Thing of Evil,” and who enjoys nothing more than striking fear into the hearts of humans and squeaky toys alike.

I am Molly, the Thing of Evil. You will not see me comingpic.twitter.com/yVYjKpQAUo

From her plot to get Santa to her planned zombie dog-led conquest of Vermont, we’ve rounded up her most dastardly moments below. Read more…