15 tweets for people who really love the ‘Succession’ theme song 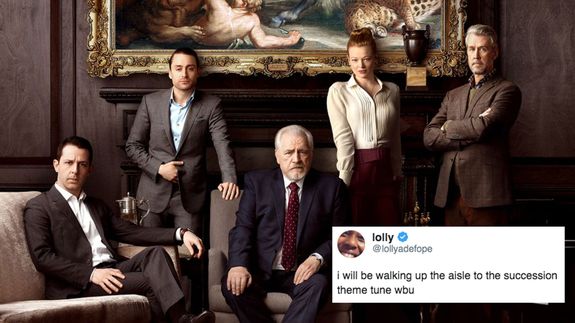 Anyone who watches Succession knows that not only is the HBO drama a genuinely good show, but it also has the single best theme song on television right now.

The opening credits last around one minute and 30 seconds, and during that time viewers are treated to visual a montage of filtered flashbacks and present-day cityscapes, cut to a hauntingly catchy, adrenaline-pumping composition comprised of piano riffs, strings, and an unexpected but wildly complimentary background beat.

Depending on your mood, the intro song — which was composed by Nicholas Britell— will either make you want to dramatically gaze out a train window on a rainy day or get up and bust a move. It delights fans of the show every Sunday night, and is so damn good that it even won an Emmy for Original Main Title Theme Music. Read more…