13 years later, ‘Deadwood’ closure is finally coming. Here’s all the catch-up you need. 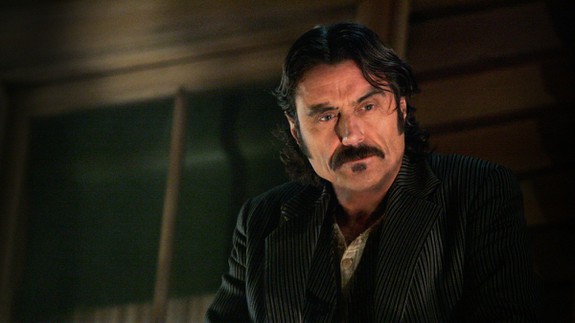 HBO’s Deadwood is perhaps known best for its creative use of profanity, its poetic dialogue, and its showcasing of star Ian McShane’s considerable acting talents. But there’s a common refrain about the HBO series that tends to get shouted louder than any of those other points whenever the subject comes up: It died too young.

The show ended without fanfare in 2006 after HBO opted against a fourth season. Creator David Milch moved on shortly thereafter to the failed “surf noir,” John From Cincinnati. But fans have been chasing closure on Deadwood ever since.

Well, it’s finally happening. On May 31, HBO will release a two-hour Deadwood movie set 10 years after the events of the third season. I’ve seen it and I’ll tell you now: The movie doesn’t tie up every single thread left dangling when the show ended. There’s not enough runtime to pull off such a feat. Read more…