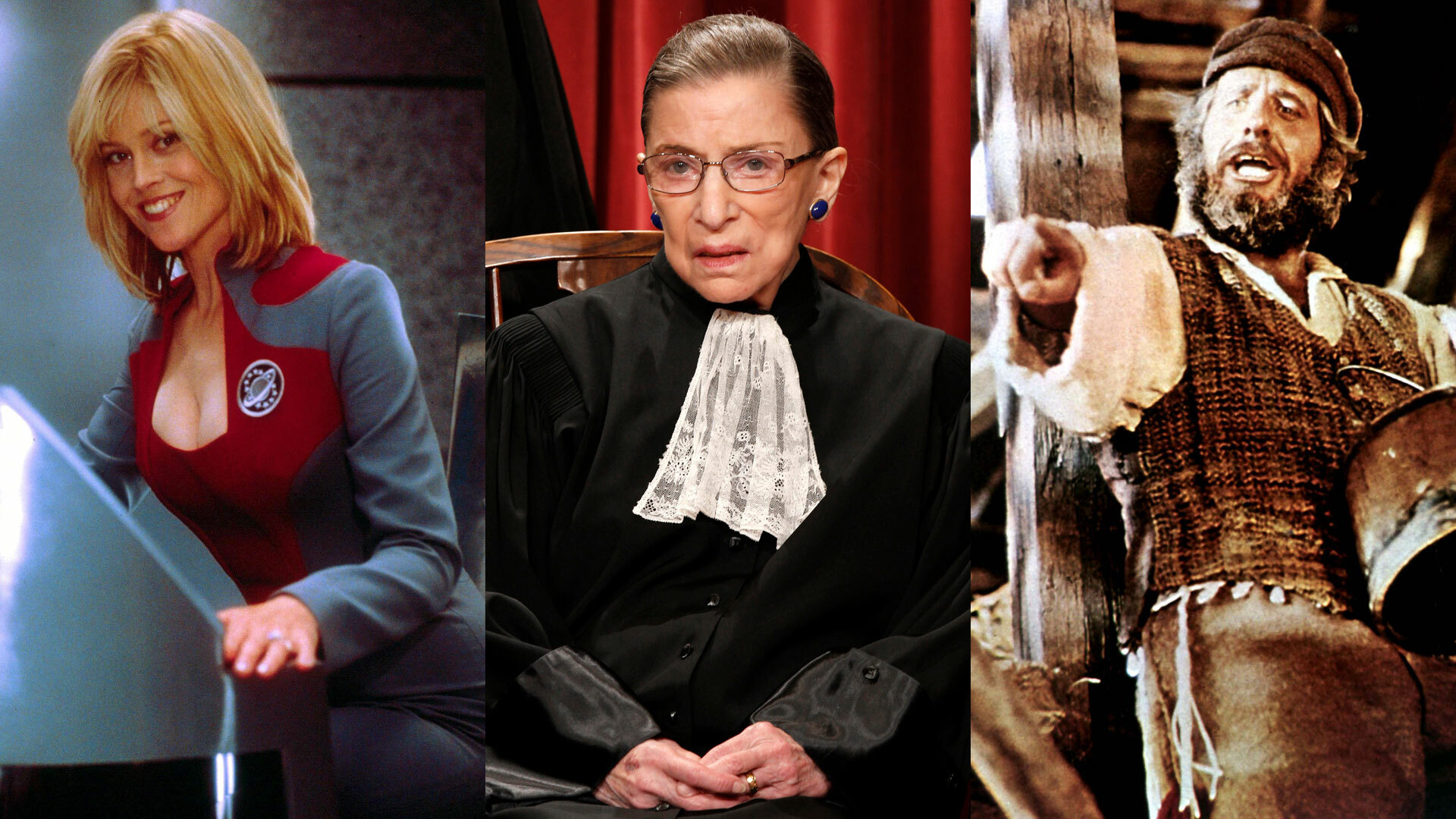 Most documentaries have lessons to impart and important things to say, but some of the best ones do that with nuance and subtlety while keeping us entertained.

Amazon Prime Video subscribers have an embarrassment of riches to sift through when they’re hunting for their next focused look at a particular topic or subject. Even if you set aside the hefty lineup of streaming-friendly PBS broadcasts to be found there, you’ll still find a long list of options to choose from, many of them focused in more quirky and offbeat directions.

This is hardly an exhaustive rundown, and some of these admittedly earned their spot sight unseen, simply because they sound like a wild ride. But here’s a rundown of documentaries available on Amazon Prime Video that we’re most excited about.

He’s played Batman and The Doors frontman Jim Morrison. His performance in Tombstone as Doc Holliday is a frequently quoted cult hit that’s inspired any number of memes. And he’s Hollywood’s best Moses to date, with his star turn in The Prince of Egypt, an animated retelling of the Passover story from 1998, far exceeding that of Charlton Heston in The Ten Commandments. Val Kilmer is one of the greats, without question.

In Val, the famed actor who largely fell out of public view in the mid-2010s as he battled throat cancer, bares his whole self. Kilmer himself created many of the home movies and behind the scenes clips featured in this Amazon Original documentary, and they weave together here to paint a picture of his life and career. Featuring narration from Kilmer’s son Jack and words written by the actor himself, Val is about as personal as a biographical documentary can get.

Where to watch: Val is now streaming on Prime Video. 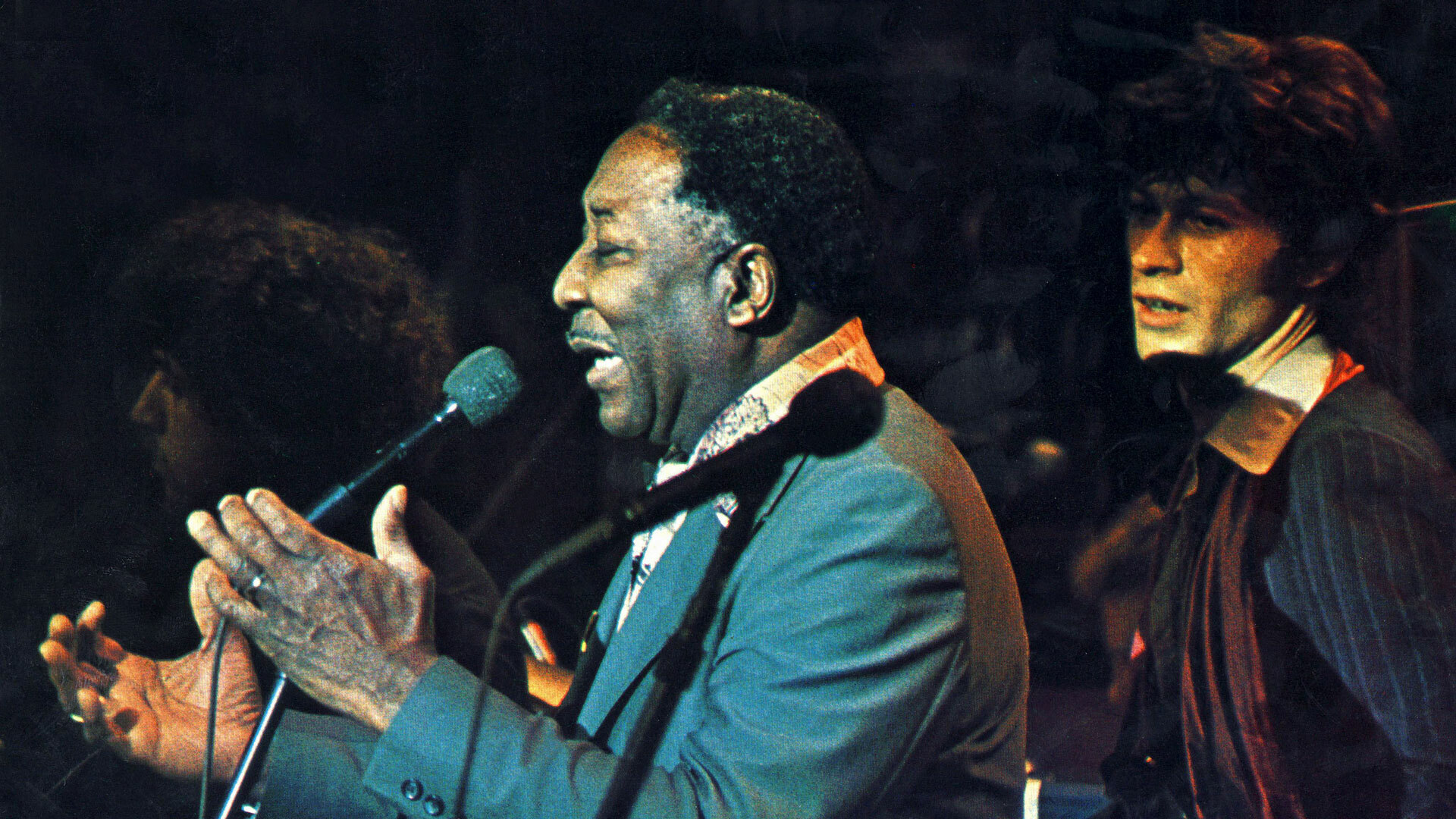 If you’ve never dug deeper than crime-centric masterpieces Goodfellas and The Wolf of Wall Street then you might not even know that Martin Scorsese is a giant music nerd. He’s helmed a number of excellent music docs over the years, but none that shine brighter than his star-studded look at The Band’s farewell tour in the 1978 film, The Last Waltz.

Taking viewers both onto and behind the stage, Scorsese captures this legendary moment in music history with a fantastic level of detail and insider perspective. The last ride for the band behind beloved rock standards like “The Weight” and “Up On Cripple Creek” was joined by a dizzying lineup of ’70s-era heavyweights, including Bob Dylan, Ringo Starr, Joni Mitchell, Neil Diamond, Dr. John, Neil Young, and Muddy Waters. (And that’s not even all the guests.)

An irreplaceable moment in our cultural history is thoroughly documented here in what is fairly described as one of the greatest music documentaries of all time.

Where to watch: The Last Waltz is now streaming on Prime Video.

If you’ve never watched Galaxy Quest, which also streams on Prime Video, you should start there. Don’t think of it as homework, though. The 1999 ensemble comedy that cleverly turned the aging cast of a Star Trek-like TV series/success story — played by Tim Allen, Sigourney Weaver, Alan Rickman, Tony Shalhoub, Daryl Mitchell, and Sam Rockwell — into unlikely space heroes is just as delightful today as it was when it released.

The documentary helps us understand just how this memorable work of Hollywood magic actually came together. Developed and released with an eye toward Galaxy Quest‘s 20th anniversary celebration, Never Surrender gives us face time with members of the cast and crew as they dig through all manner of behind the scenes moments, share their dark secrets and stolen props, and reflect on the film’s lasting cultural impact.

Where to watch: Never Surrender: A Galaxy Quest Documentary is now streaming on Prime Video. 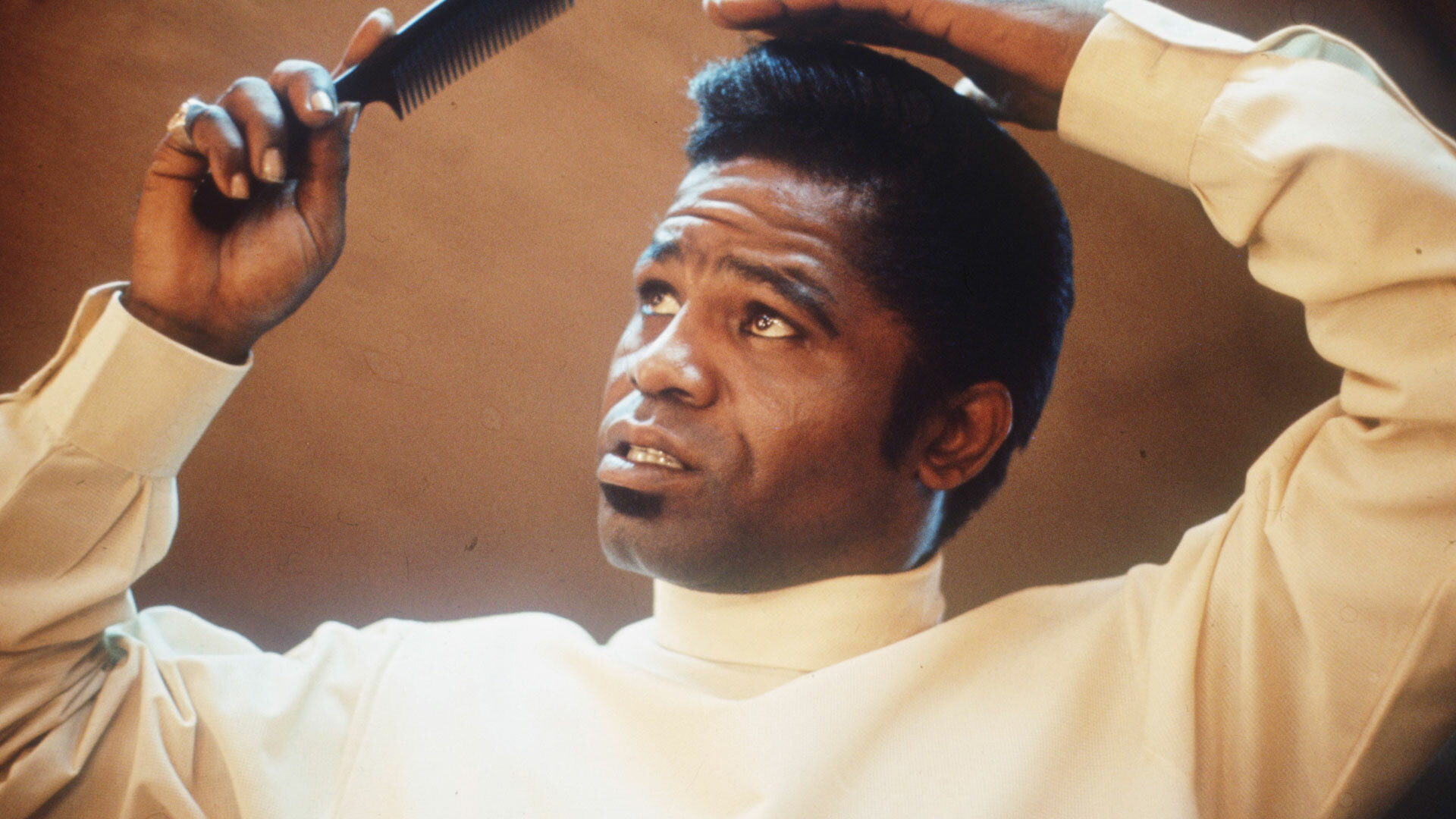 Released in 2014, the same year the late Chadwick Boseman starred as the Godfather of Soul in the biopic Get On Up, it’s hard not to look at Mr. Dynamite: The Rise of James Brown as a companion piece. And maybe it is that. But with an accomplished documentarian like Alex Gibney at the helm, Mr. Dynamite more than stands on its own.

Highlighted by a wealth of rare archival materials showing the funk and soul superstar during his early days, the film chronicles Brown’s career from his time playing for Black audiences when the American Civil Rights movement was still taking shape all the way into his mainstreamed blockbuster success. While Mr. Dynamite‘s largely uncritical look falls short on chronicling Brown’s later years, there are more than enough archival materials and fascinating revelations to sustain this two-hour trip through music history.

Where to watch: Mr. Dynamite: The Rise of James Brown is now streaming on Prime Video.

Chester Burnett, the Howlin’ Wolf himself: Hear that voice once, and you’ll never forget it. Burnett’s raspy, tortured growl is the sound of a freight train moaning at midnight, and it’s just one piece of the portrait painted in filmmaker Don McGlynn’s The Howlin’ Wolf Story.

The legendary Chicago bluesman left an indelible mark on culture and rock music specifically, as the originator of what are now bona fide blues standards, like “Spoonful” and “Smokestack Lightnin’.” This documentary recounts Burnett’s early days spent learning under Charley Patton, his travels with Robert Johnson, his impact on the Rolling Stones (and music in general), and the larger-than-life energy he brought to every stage he set foot on as the Wolf.

There’s a depressing dearth of history-preserving archival materials when it comes to the early blues scene. More depressing is the reason why: Blues music is a child of U.S. slavery, an outgrowth of the work songs and spirituals sung by African workers who were stolen from their homes to live, work, and die in America. The Howlin’ Wolf Story leaves us wanting more because it has no other choice, but it remains a precious document as much for what’s missing as it is for what’s there.

Where to watch: The Howlin’ Wolf Story is now streaming on Prime Video. 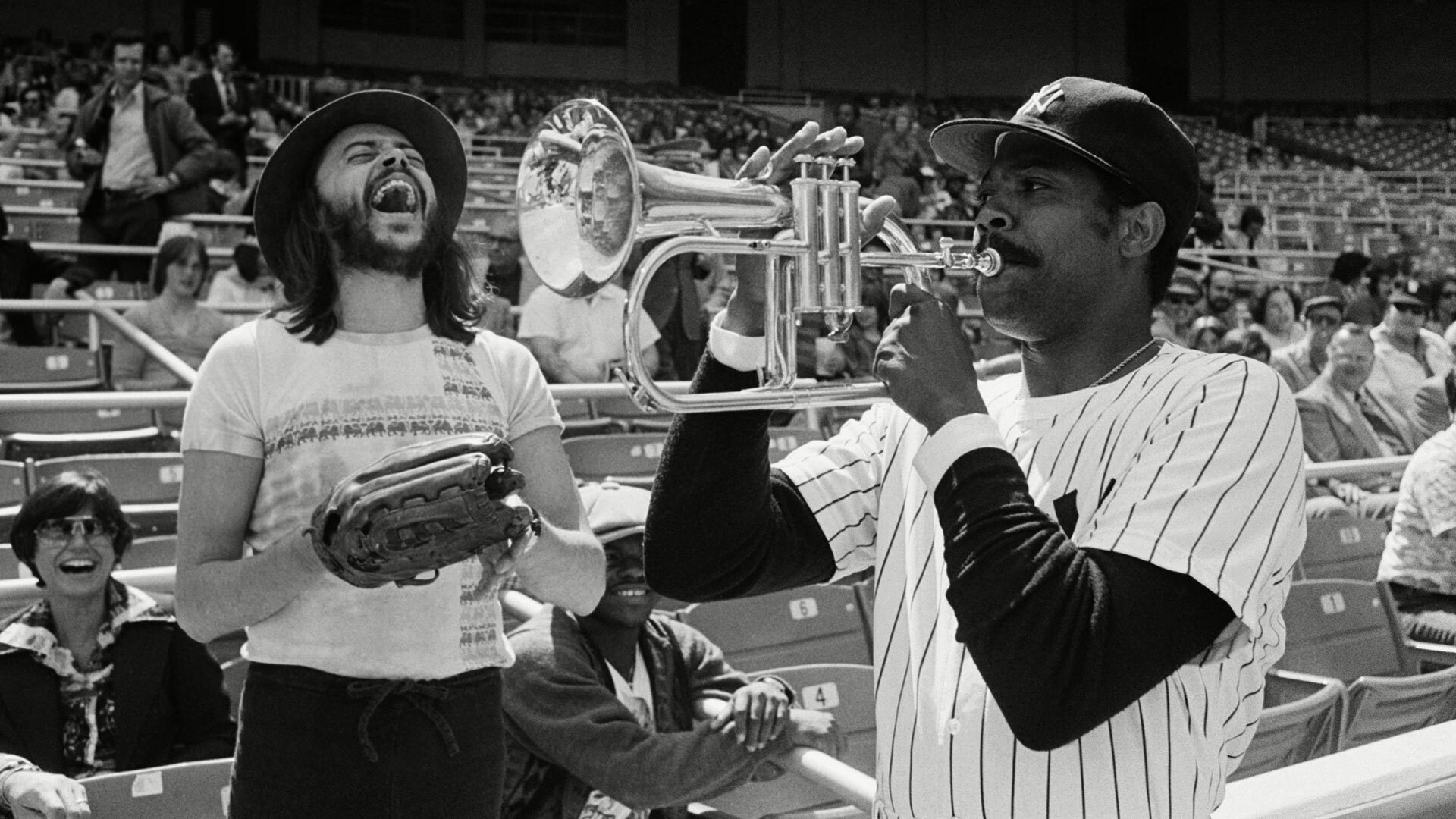 No No: A Dockumentary has one hell of a powerful hook: Dock Ellis, the late Major League Baseball pro who is its subject, once pitched a no-hitter as a Pittsburgh Pirate while tripping his face off on LSD.

Wild as it is, that incident is of course just a moment in a much larger and more complex life. Director Jeffrey Radice assembles his picture of Ellis from interviews with friends, family, and former teammates, bolstering the production even further with a generous helping of archival materials — including words from Ellis himself.

No No is a thorough look at the man behind the moment. The documentary anchors itself in that moment only to highlight and heighten the life that led to and followed it. We come away with a deeper understanding of who Ellis was, the various forces that shaped his life, and the highs and lows that characterized his journey.

Where to watch: No No: A Dockumentary is now streaming on Prime Video.

Even if you know every word to Broadway bangers like “If I Were a Rich Man” and “Tradition,” there’s still a good chance you don’t know the full history and impact of the play from which they hail: Fiddler on the Roof. Well, Jews and goyim alike should settle in for Fiddler: Miracle of Miracles, because it’s a thoroughly enjoyable look at one of Broadway’s all-time greats.

This documentary from Max Lewkowicz examines the 1964 musical from Jerry Bock (music), Sheldon Harnick (lyrics), and Joseph Stein (book) and the difficult road it took to reach the stage. Fiddler on the Roof‘s provocative setting and themes — the story is set against the backdrop of early 20th century Russia, a time when the local Jewish population faced intense persecution — as well as its full-force dive into Jewish culture made it a tough sell initially.

The doubters were ultimately proven wrong, as Lewkowicz’s documentary illustrates. With more than 3,000 performances — the first Broadway show to hit this milestone — and an equally captivating 1971 film adaptation from director Norman Jewison, Fiddler on the Roof left its mark and then some. Featuring interviews and insights from luminaries like Lin-Manuel Miranda, Harvey Fierstein, and Jewison himself, Fiddler is must-watch material for any fan of Broadway past and present.

Where to watch: Fiddler: Miracle of Miracles is now streaming on Prime Video. 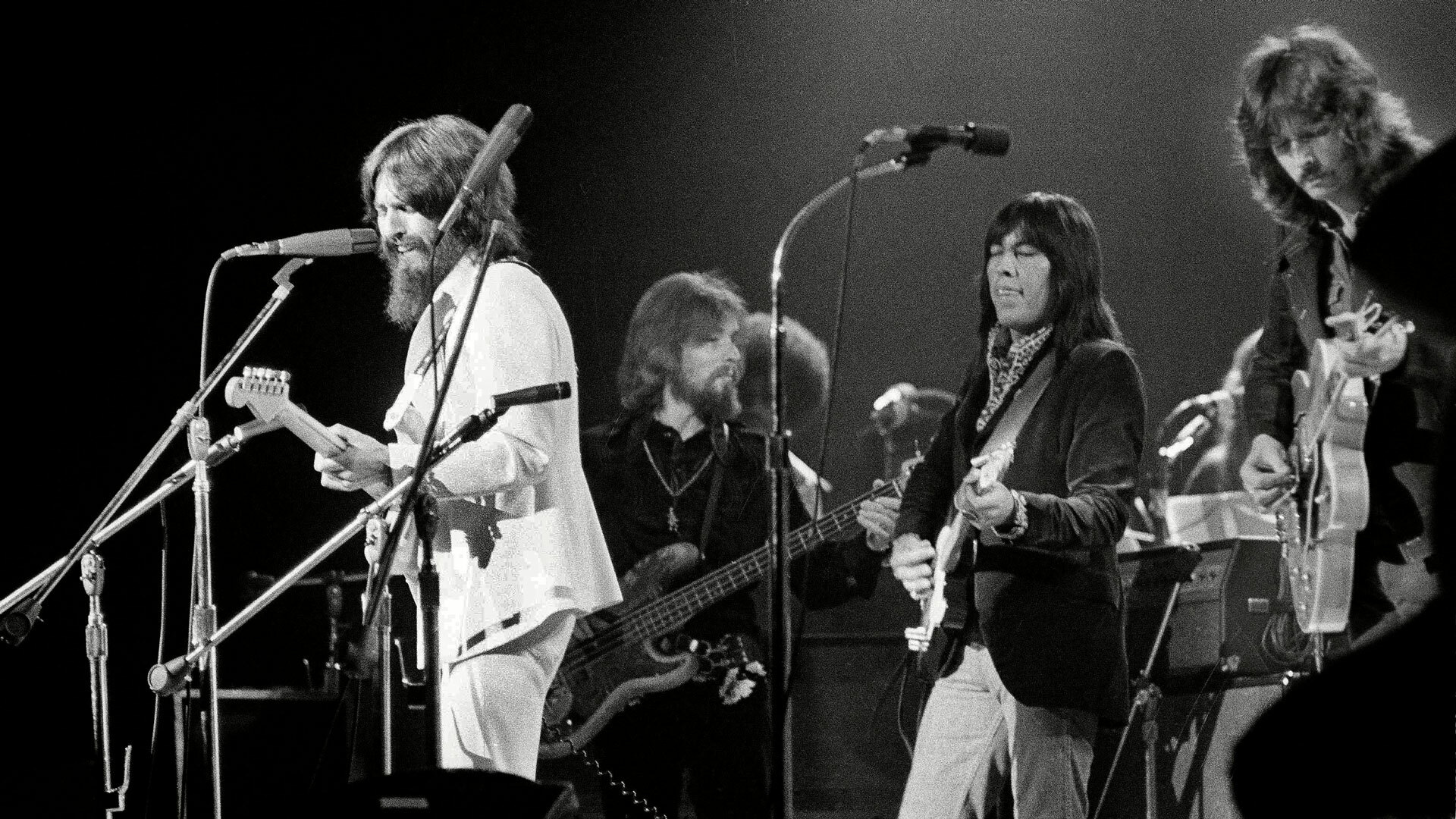 Music is awash with secret histories like the one explored in Rumble: The Indians Who Rocked the World. The documentary from co-directors Catherine Bainbridge and Alfonso Maiorana takes a look at the impact indigenous populations in America had on popular music.

In fact, that title speaks very directly to one of those impacts: “Rumble” is a 1958 instrumental from Link Wray, the famed Shawnee singer/songwriter and guitarist. You probably know it. Wray’s signature electric guitar distortion drives the mellow, meandering track that anyone who has seen Pulp Fiction will recognize in seconds.

We also learn how “Rumble” is essentially the origin story for one of the most potent devices in any rocker’s toolbox: the power chord. But Wray isn’t the only focus. We meet Jesse Ed Davis, a legendary studio guitarist whose contributions on notable albums from John Lennon, Bob Dylan, and George Harrison forever enshrined him in the highest pantheon of rock godhood. Influential artists like Buffy Sainte-Marie, Mildred Bailey, Redbone, even formative blues legend Charlie Patton, who is believed to have been part-Cherokee, all share the spotlight.

Where to watch: Rumble: The Indians Who Rocked the World is now streaming on Prime Video.

Ruth Bader Ginsburg needs no introduction for a modern audience. The late Supreme Court Justice spent a career in service to the American people, fiercely advocating for morally just and equal treatment under law first as a lawyer and later as a jurist.

The 2018 documentary RBG from directors Betsy West and Julie Cohen is a thoughtful consideration of Ginsburg’s life and career. It’s a largely glowing account that makes a point of looking beyond headlines and T-shirts and memes to demystify the human being at their core. RBG never makes the case that its subject was perfect, but it does show us the best version possible of a true American hero.

Where to watch: RBG is now streaming on Prime Video.

It’s difficult to describe the appeal of a band like Phish. Like all the best examples of art in its many forms: You either get it, or you don’t. Director Steven Cantor’s “slice of life” look at Phish frontman Trey Anastasio isn’t going to turn any doubters into true believers, but it does offer a glimpse into the life of the guitarist and singer who fuels many of the band’s creatively playful and often deeply nerdy antics.

While the film centers itself in a particular moment — a busy period in which Anastasio is finishing up the solo album Ghosts in the Forest as he prepares for Phish’s 2018 run of New Year’s Eve concerts at Madison Square Garden — it’s not all about the music. This is a family affair that presents viewers with a glimpse into the subdued rocker’s home life and off-stage history. Through that lens, we learn much about the way Anastasio thinks and approaches his work.

Just like Phish itself, you either get Between Me and My Mind, or you don’t. For those who get it, the documentary is as thorough a look at the Phish frontman as any fan has ever seen.

Where to watch: Between Me and My Mind is now streaming on Prime Video.